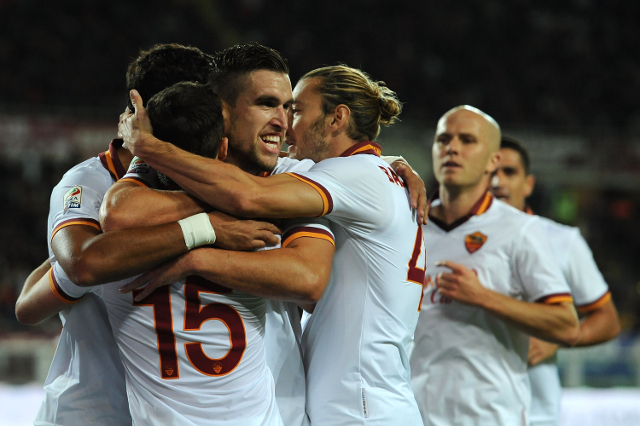 Old Trafford side linked with move to capture talented youngster.

Former Dutch international boss Dick Advocaat has suggested that recently signed AS Roma midfielder Kevin Strootman could soon be on his way to Man United according to Goal.com.

The former PSV Eindhoven man had been strongly linked with a move to Old Trafford over the summer but instead moved to the Stadio Olimpico where his form has been instrumental in Rudi Garcia’s sides amazing start to the campaign that has seen Roma winning ten and drawing two of their opening dozen fixtures.

Strootman’s former PSV boss Dick Advocaat has publicly declaring his belief that the rangy midfielder will at some point end up at Man United, stating;

“Strootman is a pure professional,”

“It frankly surprised me that he did not get to the absolute top last summer and was on the side a little.

“I do not think he will stay at Roma that long. If Kevin is at this level, he will be plucked away.

“And then it will be a team of the calibre of Manchester United.”

Man United boss David Moyes brought in Marouane Fellaini over the summer but could certainly do with further fresh midfield options and Strootman would in many ways be an ideal man to bring.

Strootman is strong in the tackle but able to push on to support the attack as evidenced by his netting of two goals and providing five assists in 11 Serie A fixtures thus far this season.