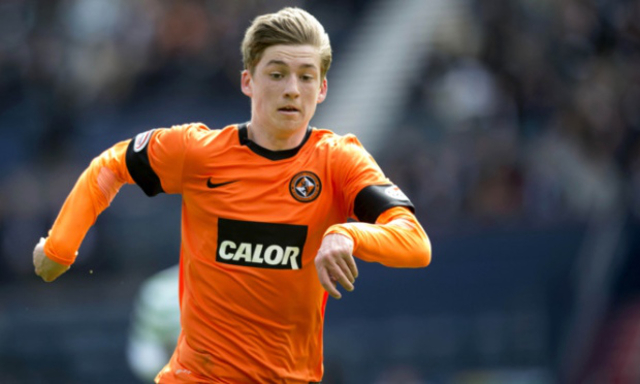 Man United are readying a bid for Dundee United wonderkid Ryan Gauld who has been dubbed ‘Mini Messi’ after a series of excellent displays.

The Sunday Mirror claims that David Moyes has sent representatives to track Gauld, who though just 17 years of age has already won a Scottish Under 21 international cap.

The Aberdeen born attacking midfielder made his debut for the Terrors back in May 2012 and has racked up 26 appearances for the Scottish Premiership side in total, netting six goals in the process.

Last week scouts from many Premier League sides were in attendance as Gauld made his Scottish Under 21 international debut with Newcastle United, Liverpool and Everton all said to be interested in the talented starlet.

Dundee United are thought to be looking to secure around £5m for the teenager and that may well be a price David Moyes is more than happy to fork out for the Tannadice favourite.