Emirates Stadium side push on with efforts to bring in one of a trio of top quality striker. 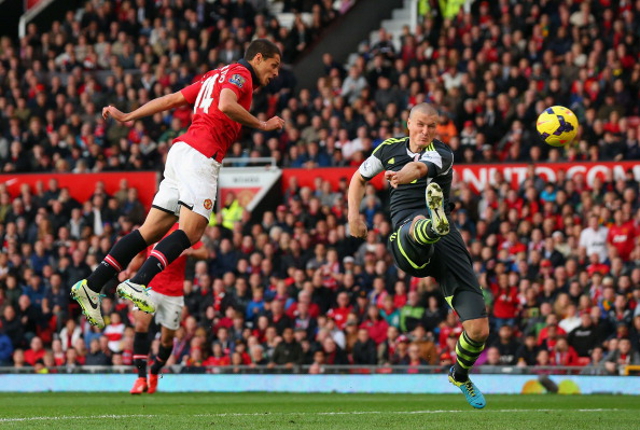 Arsenal boss Arsene Wenger has drawn up a list of three striker targets he will pursue in the January transfer window in order to strengthen his attack according to the Telegraph.

With Theo Walcott and Lukas Podolski both out injured the Gunners have been overly reliant on French forward Olivier Giroud and back-up options are so thin on the ground that Wenger has had to draft Danish flop Nicklas Bendtner back into the club’s first team set-up.

Wenger has set his sights on two Premier League forwards with good striking records despite the fact that first team chances have been limited to the pair of them.

Man United’s Javier Hernandez may well be sick of bench warming at the Old Trafford side and could well be open to a fresh challenge after once again finding himself low down the club’s pecking order.

The Mexican international has bagged 54 goals in 126 appearances, an excellent strike rate when you consider 50 of those appearances came from the bench. A proven Premier League goal-scorer, Chicharito may well be the ideal man to help boost the Arsenal attack.