England host Germany in a friendly international at Wembley Stadium on Tuesday night, and we have decided to select a combined XI from both nations: 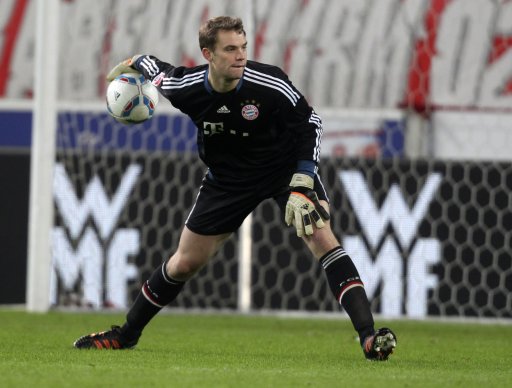 Without a doubt, one of the best keepers currently plying their trade on Planet Football and the 27-year-old would walk into virtually ever national team.

Dynamic and athletic Liverpool full back whose main strength is going forward, although the Englishman has also vastly improved the defensive side to his game as well of late.

Whether played on either the right-hand or left-hand side of the back four, on current form the world’s best full back, with the Bayern Munich and Germany skipper a model of consistency.

Classy and silky-smooth Bayern libero with an eye for a pass, although the 24-year-old also knows all about the dark arts of defending too.

English fans never really saw the best of the 25-year-old during his brief stint with Manchester City in the Premier League back in 2010-11, although having since departed Eastlands, the defender has really gone on to shine with Bundesliga giants Bayern.

Inspirational and still dynamic force in the centre of the park, the Three Lions and Liverpool skipper would make any other country’s final XI, even at the age of 33.

Arsenal’s young ball-playing midfield creator with the world at his feet, and with the touch, vision and technique to go on and become one of the very best in his position. 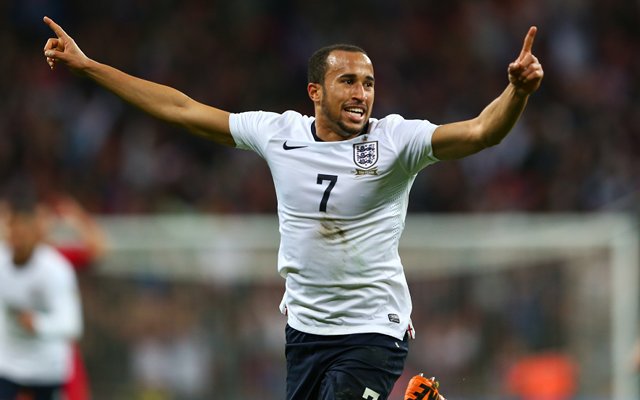 The Three Lions’ new hero after a string of eye-catching and exhilarating displays on the flanks for both his club and country of late.

Chelsea’s new £18 million signing from Bayer Leverkusen has already shown in his short stay at Stamford Bridge just what a technically accomplished and exciting wide man he is.

The new darling of the Emirates, the twinkle-toed Arsenal playmaker must be an absolute joy to play alongside, being the king of the assists and such an unselfish creator too, while always seeming to pick the right pass. 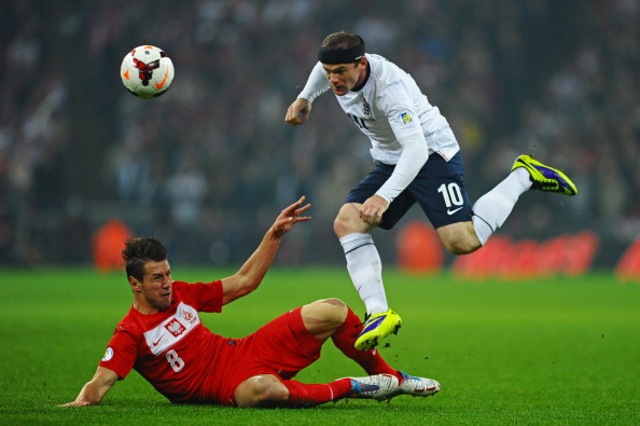 Germany’s Schurrle may have claimed last week that the Manchester United front man was not good enough to make Joachim Loew’s lineup, however, the Three Lions star gets the nod to lead the line in this combined XI. 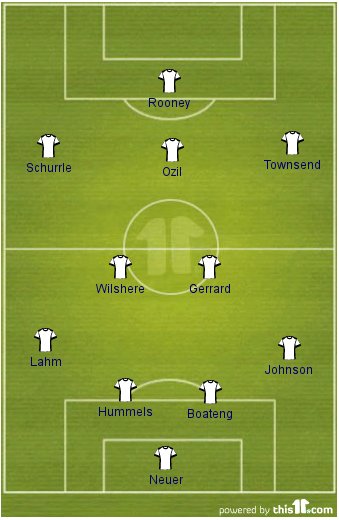