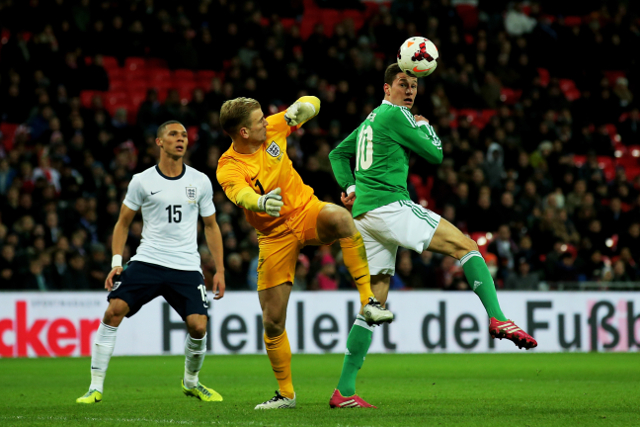 Schalke youngster Julian Draxler has spoken of his desire to secure a ‘dream’ move to either Arsenal or Man United according to the Daily Express.

The 20 year old German international, who came on as a second half substitute against England last night, is considered one of the hottest prospects in European football and a move away from Schalke seems a distinct possibility whether in the near or long term.

Draxler has stated his love for English football, stating;

“I like English football. I like the Premier League of course – it’s one of the best leagues in the world,”

“You have big clubs like Arsenal, Manchester United and Chelsea – of course it’s a big dream to play for one of them. I have my favourite team, but at the moment I’m at Schalke. I don’t want to talk about other clubs.

“If I state Arsenal or Manchester United, maybe I’d read it tomorrow in the newspapers.”

Draxler has already amassed 127 top tier appearances for Schalke and has ten national team caps to his and may well be tempted by a move to the Emirates Stadium where he’d team up with national team colleagues Per Mertesacker, Lukas Podolski and Mesut Ozil.

Arguably he’d be more urgently needed at Old Trafford where he could offer David Moyes some midfield guile and an ideal outlet who offers a more natural link between midfield and attack.

Draxler certainly has an eye for goal, the youngster scored 13 in all competition last term, but the intelligent midfielder is a good all round performer who will certainly be showing up on the radar of most of Europe’s ‘Elite’.