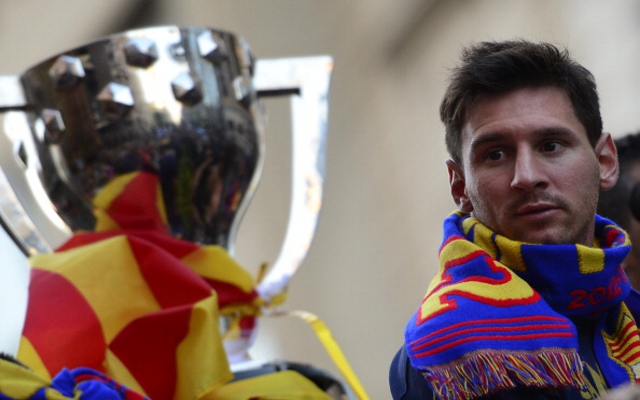 Argentine is one of the greatest footballers on the planet…and one of the richest too.

Arguably the best footballer in the world, Lionel Messi has spent the best part of the last decade dominating La Liga and winning countless awards for his individual brilliance. With an amazing goalscoring record behind him, the Argentina captain has raked in a fortune in salaries and sponsorships.

Currently on a deal at Barcelona which will earn him a $27.25m annual salary until 2018, which could well double due to bonuses for goals scored and competitions won over the season. Messi has become the second most marketable athlete in the world. He has previously appeared in adverts for Chinese brand WeChat and Japanese brand Scalp-D. Messi’s net worth currently is listed at $115m (£71.21m), with current sponsorships and endorsements including D&G,Pepsi, Herbalife, Turkish Airlines, EA Sports and Adidas, all of which helping him to earn $20m over the last year alone. Messi is also the founder of the Lionel Messi Foundation and a Global Ambassador for UNICEF.

With four Ballon d’OR awards (and a nomination for this years award too), six La Liga titles, four Champions League titles and many more trophies under his belt, there appears to be no stopping the 26 year old. Messi has currently scored 327 goals in 395 appearances for Barcelona and 37 goals in 83 appearances for Argentina, who have qualified for the 2014 World Cup in Brazil.