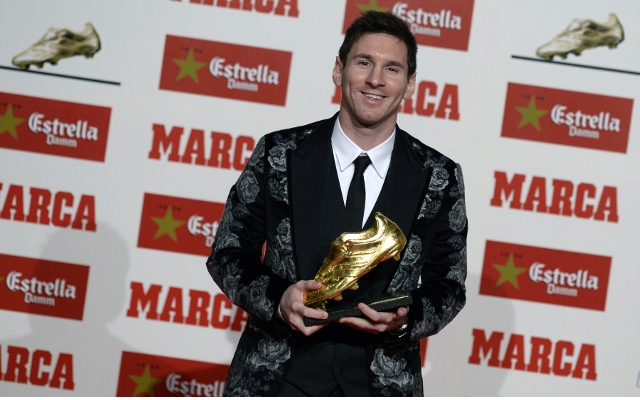 Bavarians already had enough attacking firepower at their disposal without landing the world’s best player.

Check in to Bayern Munchen vs Eintracht Braunschweig

Bayern Munich head coach Pep Guardiola says that the Bundesliga champions would not be trying to sign FC Barcelona superstar Lionel Messi, according to reports in the Daily Mail.

The former manager of the Spanish giants coached the Argentina international for a number of years during their time working together at Camp Nou, with the duo going on to win numerous trophies in partnership, both at home and abroad too.

However, Guardiola has since left the Catalans and moved to Germany, where now he trains the Bundesliga and European champions.

And when asked whether he would like to be reunited once again with the four-time Fifa Ballon d’Or winner, Guardiola said: “If I’d sign Messi? No, no! Barcelona is the best place for him.”

In any case, the Spaniard appears to be doing just fine at the moment without the world’s best player in his new role at the Allianz Arena, with Bayern currently top of the table following their resounding 3-0 win at arch-rivals Borussia Dortmund in the Bundesliga on Saturday afternoon.

Meanwhile, Bayern have also cruised through to the knockout rounds of the Uefa Champions League, with the holders set to learn in Defember who they will play in the next phase of Europe’s premier club competition next year.