Emirates Stadium side close in on young duo.

Arsenal are reportedly in talks with Feyenoord ahead of a summer move to sign a pair of young talents as Arsene Wenger sets about strengthening his Gunners squad.

CaughtOffside understands that the North London club has sent scouts to watch teenage midfielder Tonny Vilhena and young Dutch international centre-back Bruno Martins Indi and Wenger has been pleased with glowing reports he has received and Arsenal are now in preliminary talks with the Eredivisie side.

Though Wenger shelled out £42.5m to bring in German international Mesut Ozil from Real Madrid the French boss has not given up on his tried and tested principals that rely on the scouting and recruiting of up and coming talents as he adopts a youthful transfer policy that is perhaps most cost effective than targeting established experienced big name additions.

Arsenal are willing to offer around €25m (£21m) for the pair and hope that such an offer will tempt Feyenoord into selling two of their brightest prospects.

18 year old midfielder Vilhena has been a regular in the Feyenoord side for over a year and his efforts have already led to a call up to the senior Dutch national team set-up and even an outside chance at making Louis van Gaal’s 2014 World Cup finals squad.

The box to box performer is tenacious in the tackle but not afraid to spring forward and has shown a tremendous amount of maturity for a player of his age. 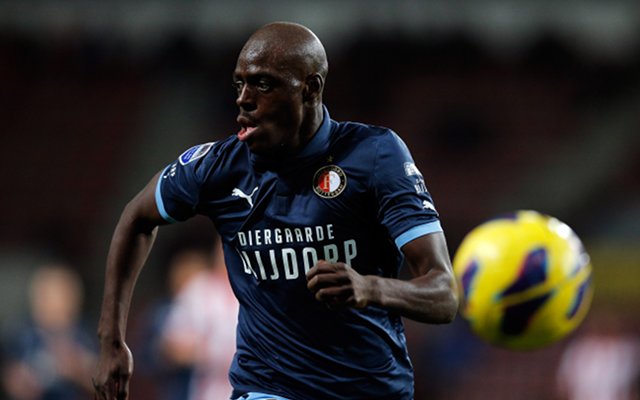 Arsene Wenger has targeted Bruno Martins Indi in the hope of strengthening his central defensive options, knowing that it’s likely that current back-up option, Thomas Vermaelen, will soon demand a move away from the Emirates Stadium after being bench bound for much of 2013.

Indi Martins is already into his fourth season in the Feyenoord first team set-up and is a regular in the Dutch national team and a strong tackling leader who Wenger greatly admires, and a player who may well feel his future lies outside the confines of the decidedly average Dutch top tier.