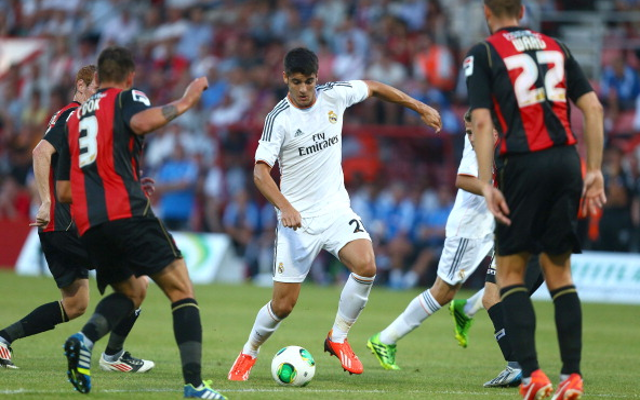 White Hart Lane side set to bring in Bernabeu youngster.

Tottenham have reportedly already agreed ‘in principal’ to a deal with Real Madrid to sign young striker Alvaro Morata according to CalcioMercato.

This source fails to state whether such a move would be permanent or not but one would assume that such a deal would be a loan move as the Spanish giants are not likely to be open to offers to sell such a highly prized young talent.

Andre Villas-Boas has seen his side struggle in front of goal, managing just nine Premier League goals in a dozen Premier League fixtures, this despite investing over £55m in new strikers in the form of Roberto Soldado and Erik Lamela.

Morata is considered one of the hottest prospects in Spanish football but is struggling to retain a foothold in Carlo Ancelotti’s first team set-up.

However the 21 year old has still managed to net twice this season even though he’s only started one La Liga fixture but a move to White Hart Lane could perhaps be a good way to secure some much needed experience and given that the two clubs are likely to have a good relationship following the long running saga that resulted in Gareth Bale moving to the Bernabeu, it’s likely such a deal could come to fruition.

Morata has scored 12 goals in 11 appearances for the Spanish Under 21 side.