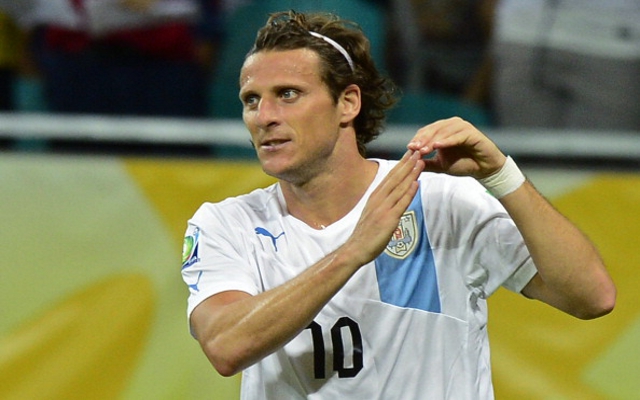 Sunderland are being strongly linked with an ambitious move to sign Uruguayan veteran Diego Forlan according Mercato365.

No doubt newly appointed boss Gus Poyet would love to see the Internacional man move to the Stadium of Light where he could offer the Black Cats some much needed attacking quality.

The 34 year old recovered from a poor spell at Man United to make a real impact in La Liga with Villarreal and Atletico Madrid but perhaps the chance to rectify his previous Premier League disaster would be a motivating factor for the lethal finisher.

The Uruguayan has scored 21 goals in 42 appearances for Internacional, and in Spain notched up 155 goals in seven seasons before a move to Inter Milan.