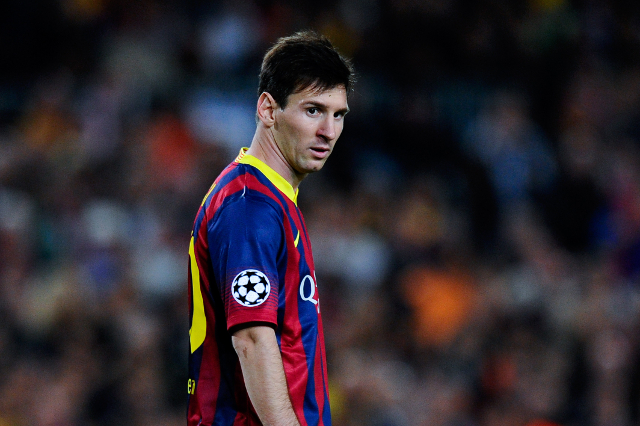 Check in to Athletic Bilbao vs FC Barcelona

Lionel Messi is set to make a sensational Nou Camp exit according to Punto Pelota.

Regular contributor to the Spanish source François Gallardo claims that the 26 year old is ready to call time on his glorious Barcelona career after apparently falling out with his employers over terms relating to his next contract with the Catalan giants.

This source then goes on to ‘reveal’ that the unstoppable goal machine has already agreed terms with a buying club and in February/March next year will begin preparing for his move to said new club.

This would be quite a massive coup for the club in question and it is worth noting that Punto Pelota are well known for shock stories that don’t in the end come to fruition.

Messi is currently sidelined with an injury and will be out for around 5-6 weeks with a hamstring problem.

Lionel Messi has won four consecutive Balon d’Or’s and has racked up an astonishing club record of 327 goals in 395 appearances for Barcelona, helping the club to six La Liga titles and three Champions League triumphs among a host of other individual and team accolades.