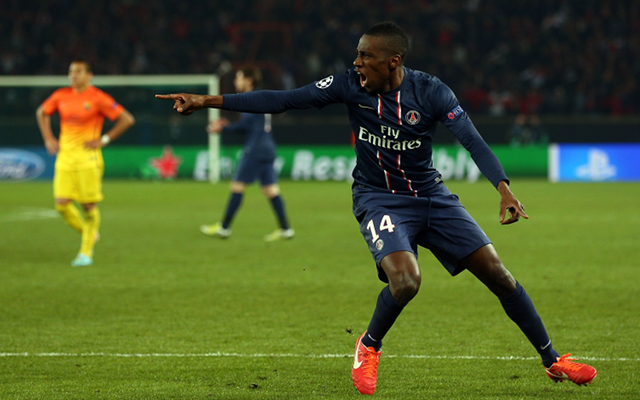 Les Bleus star will be available on a free next summer.

La Liga champions FC Barcelona are hoping to steal a march on Premier League giants Chelsea in the race to sign highly rated Paris Saint-Germain holding midfield player Blaise Matuidi when the winter transfer window opens again for business in the new year, according to reports in French publication L’Equipe.

The west London club have been keeping close tabs on Matuidi for some time now with a view to bringing the 26-year-old to Stamford Bridge at the turn of the year as a replacement for Nigeria international John Obi Mikel as the Blues’ defensive midfield player.

However, it now very much appears as though the Uefa Europa League winners will face stiff competition for Matuidi in January from the Catalans, who themselves are understood to be in the market for a player to take on that role at Camp Nou in the second half of this campaign.

Matuidi has been with the Ligue 1 champions for the past two years now, but with the Frenchman’s contract at the Parc des Princes now set to run out on June 30 2014, the midfielder could either be available on a lucrative free transfer next summer, or if the Parisians decide to cash in on the player, for a cut-price fee in January.