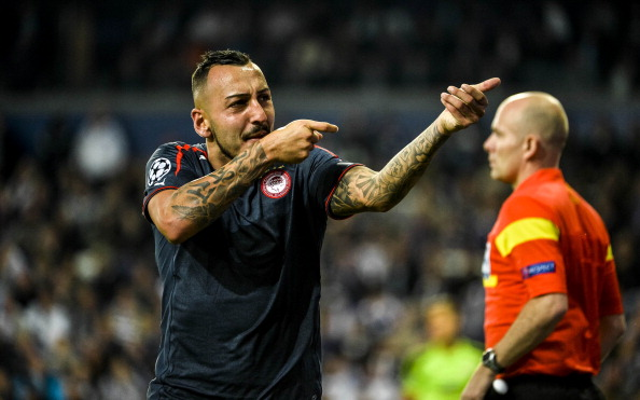 Greek side Olympiakos have admitted that they have a fight on their hands to keep a hold of goal machine Konstantinos Mitroglou in January amidst ongoing speculation surrounding his future, Sky Sports reports.

The 25-year-old has been in explosive form so far this season by bagging 14 goals in just 10 league games on top of four hat tricks across all competitions.

He is believed to be on the radars of both Liverpool and Arsenal as well as a whole host of other top clubs from across Europe’s top divisions.

Olympiakos are hoping to be able to keep a hold of the player beyond the January transfer window and will look to rebuff any bids that come their way, though coach Jose Miguel Michel has admitted that they face a tough battle to convince the 25-year-old to stay put.

“We’ve known for some time that there has been interest from many clubs,” he said.

“But that’s only logical considering how well he has been doing lately.

“There have been no concrete proposals so far, but if he keeps on doing well, it’s going to be hard to keep him.”

Mitroglu is also expected to lead the line for Greece at next year’s World Cup and has already scored eight times in 28 games for his country.