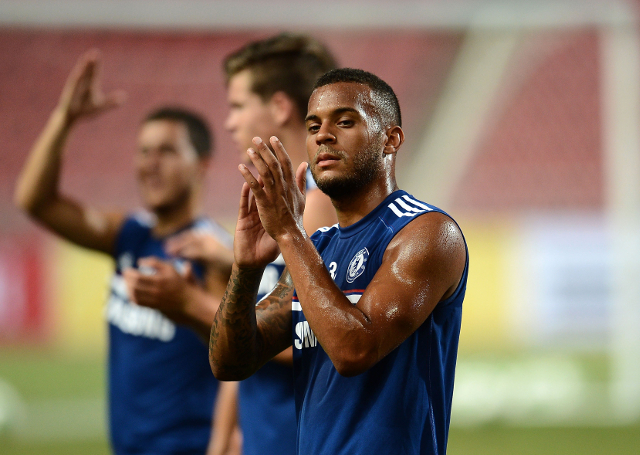 Englishman only agreed a new five-year £35k-a-week deal with the Blues in September that keeps him at the Bridge until 2017.

Liverpool will try for a second time to persuade arch-rivals Chelsea to sell them defender Ryan Bertrand when the winter transfer window opens again for business in the new year, according to reports in the Daily Telegraph.

The Merseyside giants recently lost the services of first-choice left-back Jose Enrique until February after the Spaniard underwent an operation to cure a knee problem and with head coach Brendan Rodgers understood to be unsure about the abilities of France international Aly Cissokho, who he signed on a season-long loan from Valencia at the start of the season, the Reds are expected to dip into the market in January in order to find more options in that position.

And the player that the Northern Irishman is said to have targeted is the Blues’ England international, who Rodgers tried to bring to Anfield in the summer, only for Bertrand to instead opt to remain in west London and fight for a place in the first team.

However, with Chelsea boss Jose Mourinho having so far steadfastly overlooked the 24-year-old’s starting claims, despite an injury to Ashley Cole, with the Portuguese instead opting to switch right-back  Cesar Azpilicueta over to the left-hand side of his back four, Rodgers is said to now be more confident about being able to persuade the player to quit Stamford Bridge and join the Reds.