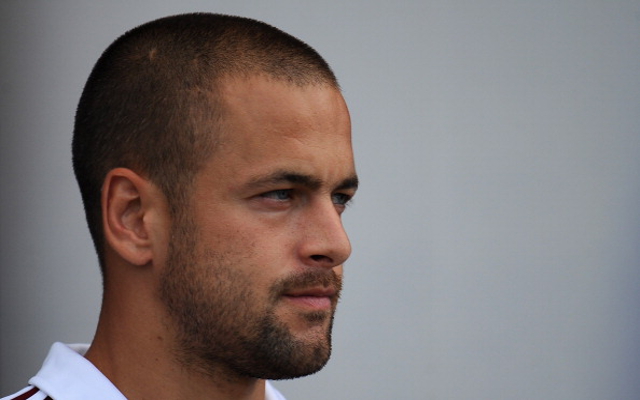 Ex-England man happy to be with boyhood club.

Check in to West Ham United vs Fulham

West Ham United midfielder Joe Cole has moved to play down speculation that he could be set to exit the club despite only signing on permanently over the summer, talkSPORT reports.

The former Chelsea man was in the squad to face his old side at the weekend and was brought off early on in the second half and he made his feelings known to manager Sam Allardyce by tearing the shirt off his back and storming down the tunnel.

However, the 32-year-old quickly denied that he is looking to move elsewhere, but did admit that he was annoyed at being taken off against his old friends.

“I was as frustrated as anyone after Saturday’s game with Chelsea but my only focus at the moment is on getting my head down, working hard and helping the team out of the difficult run we’re going through at the moment,” he told West Ham’s official website.

“I’m really enjoying being back at West Ham as it’s a club that means so much to me. As a squad we’ve still got a lot to play for this season and I’m determined to play my part in making sure we achieve the goals we set ourselves.

“I’m happy at the club and the only way I’ll be leaving is if they tell me they don’t want me anymore.”