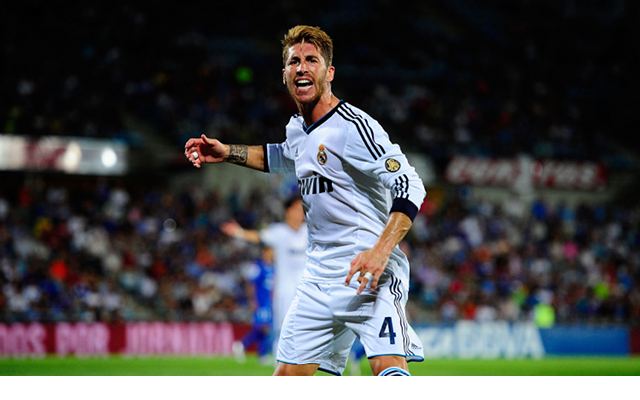 Manchester City boss Manuel Pellegrini is set to press ahead with his initial interest in Real Madrid defender Sergio Ramos by making a formal bid in January when the transfer market re-opens, the Daily Star reports.

The Chilean boss has growing doubts over the long term fitness of club captain Vincent Kompany, whilst he has been reluctant to rely on Joleon Lescott and summer signing Martin Demichelis has struggled to live up to the pace of the Premier League and that has left the former Real Madrid boss with a headache when it comes to team selections.

Pellegrini had tried to sign Ramos’ defensive cohort Pepe during the summer transfer window, but was priced out of a move for the Portuguese international, though it is now thought that he will return with a bid for the Spaniard instead.

It is believed that the 27-year-old had a bust up with coach Carlo Ancelotti after being shown a red card during the side’s midweek Champions League victory over Galatasaray. This comes after he fell out with president Florentino Perez as the player is said to be angry with him for not offering a new deal and is now assessing his options.

Pellegrini worked with Ramos during his own time in the Spanish capital and will try to persuade the World Cup winner to join with promises of a regular starting spot in his favoured right-back role.

However, his fee and wages may prove to be a stumbling block as City aren’t thought to be keen on matching the £20m valuation and that is on top of a reported £6m per year salary.