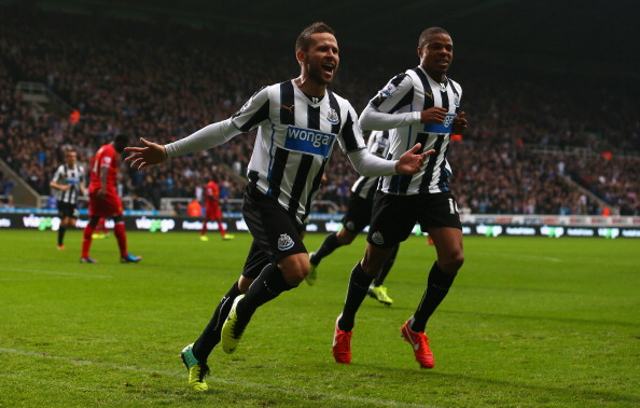 Check in to PSG vs Olympique Lyon

Current Ligue 1 champions Paris Saint Germain are set to turn their attentions to signing Newcastle United midfielder Yohan Cabaye during the January transfer window after their apparent interest in Chelsea playmaker Juan Mata has now gone cold, according to Inside Futbol.

Coach Laurent Blanc has admitted that signing a midfielder is set to be one of his key priorities in the new year as he looks to bolster his squad in a bid to stay ahead of the rest of teams in the French top flight as well as make a meaningful challenge for glory in Europe.

Reports had initially suggested that he planned to end Juan Mata’s dramatic fall from grace at Stamford Bridge when business resumes in January, but he went a long way to putting distance between himself and the player by pointing out that the Spaniard would not be available for every competition having already featured for Chelsea in the Champions League.

That has now put Cabaye on top of Blanc’s wish list, and a move could be imminent after the player himself admitted that he would love to test himself against Europe’s elite.

However, with Arsenal and Liverpool both interested in his services, PSG’s path to Cabaye could very well be a bumpy one.