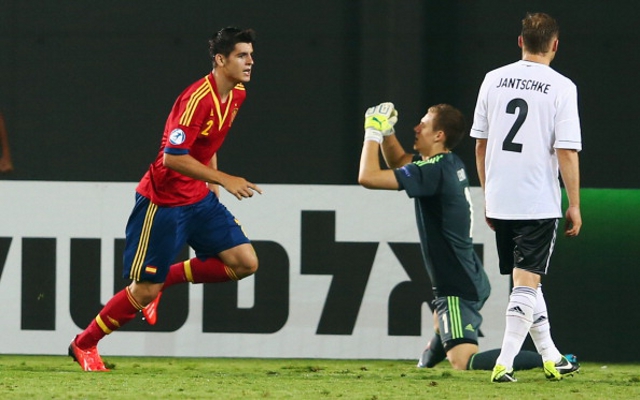 Emirates Stadium side reach agreement to sign Spanish Under 21 international.

Arsenal have reportedly agreed a deal to sign Real Madrid youngster Alvaro Morata on a loan deal in January according to Onda Cero.

The 21 year old striker has apparently accepted an offer to join the North London club until the end of the season, no doubt feeling that his chances of securing first team football will be more easily achieved at the Emirates Stadium than at the Bernabeu.

Thus far this season Morata has started just one La Liga start but has still managed to net twice and his arrival would offer Arsene Wenger some much needed support for French international Olivier Giroud, especially with both Lukas Podolski and Theo Walcott being more commonly used in wide attacking roles when either player is not sidelined.

Morata is considered one of the hottest prospects in Spanish football having netted 11 goals in 12 appearances for the Spanish Under 21 national team.

Karim Benzema is currently Carlo Ancelotti’s first choice striker and with much speculation that the Spanish giants may well bring in another big name signing it is not surprising that Morata would seek a move elsewhere to garner some much needed experience.