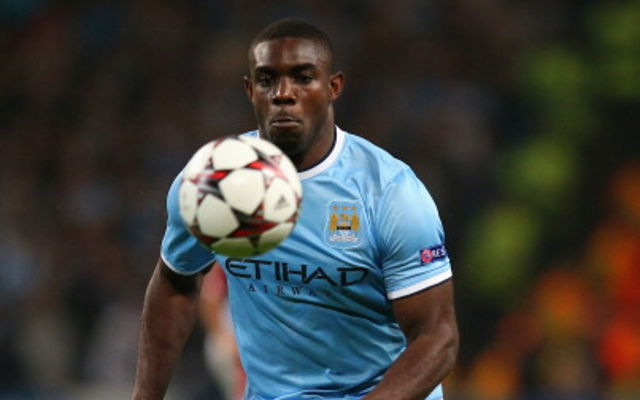 Out-of-favour Manchester City defender Micah Richards is said to be considering his future with the mega-rich Premier League club, with top-flight leaders Arsenal waiting in the wings ready to sign the Englishman for just £10 million if he does opt to leave the north west, according to exclusive reports in the Daily Star on Sunday.

Richards had hoped to have forced his way into new Blues head coach Manuel Pellegrini’s first-team thinking by this point of the season, however, so far the Chilean has opted to go with experienced right-back Pablo Zabaleta in that role instead.

And now with Richards’s contract at City set to expire on June 30 2015, the occasional England international is understood to be seriously quitting the only club he has ever played for at the end of this campaign, with Gunners boss Arsene Wenger set to move for the player should he decide to call it a day at the Etihad.

The Frenchman is known to be a huge admirer of Richards. especially as the 25-year-old can operate in both the right-back and centre-back positions and with the attacking full back’s deal at City only having 18 months left to run on it, the north London club could get their man in a cut-price move next year.