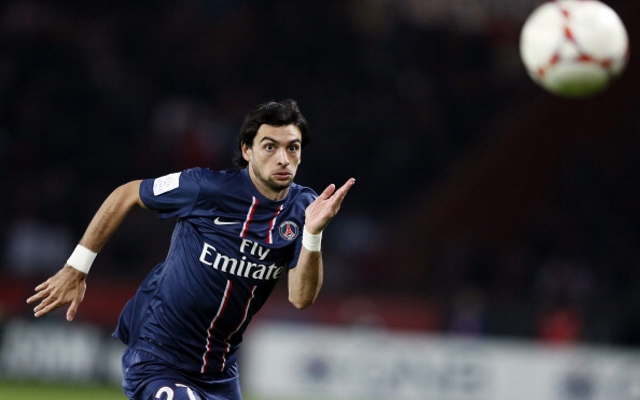 Merseysiders are desperate to add more creativity to their attack in the second half of this campaign.

Premier League giants Liverpool will go head to head with both Olympique Lyonnais and AS Roma in the battle to sign highly rated Paris Saint-Germain playmaker Javier Pastore when the winter transfer window opens again for business at the turn of the year, according to reports on talkSPORT.co.uk.

The Argentina international has only been a bit-part player with the Ligue 1 champions so far in this campaign under new PSG head coach Laurent Blanc, and so Pastore is understood to be keen to quit the Parc des Princes in the new year in the search of more regular first-team football ahead of next summer’s World Cup finals in Brazil.

This season, Pastore has featured in 10 matches in total for the mega-rich Parisians, eight of which have come in Ligue 1, although to date the 24-year-old has still to even find the back of the net or create an assist for a team-mate either.

However,Reds manager Brendan Rodgers will face stiff competition for Pastore in the January window from Serie A outfit Roma, with the Giallorossa having already met with the Argentinian’s representatives to discuss a possible move to the Italian capital in four weeks’ time, while Ligue 1 side Lyon are also understood to be eyeing up a swoop for the player too.