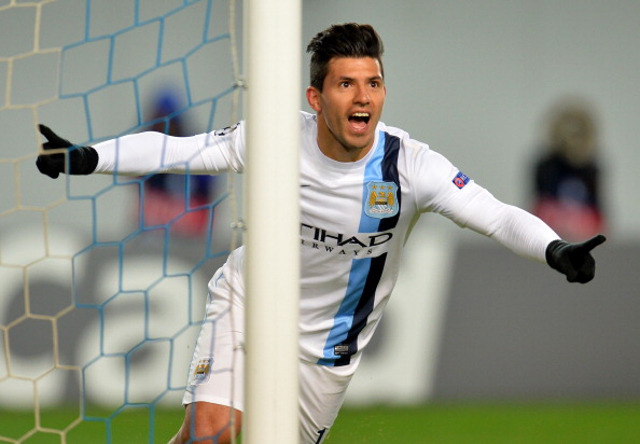 Real Madrid will launch a £48m bid for in-form Man City striker Sergio Aguero next summer according to The Sun.

The La Liga giants may well feel that the 25 year old Argentine is a better fit to lead their attack than French international Karim Benzema.

Carlo Ancelotti will be looking to put together a mouthwatering striking trio that would see Cristiano Ronaldo and Gareth Bale on either flank and Aguero in the centre of the Bernabeu front-line, though one wonders if Man City will entertain offers for such a crucial member of their side.

Aguero only recently signed a new long term deal and has been in fine form this term and is not a player Manuel Pellegrini would want to see leave.

There is of course the small matter of Aguero having previously spent five seasons at Real’s local rivals Atletico Madrid, during which time the instinctive finisher netted 101 goals.

Aguero has already racked up 16 goals in 16 matches in all competitions this term.