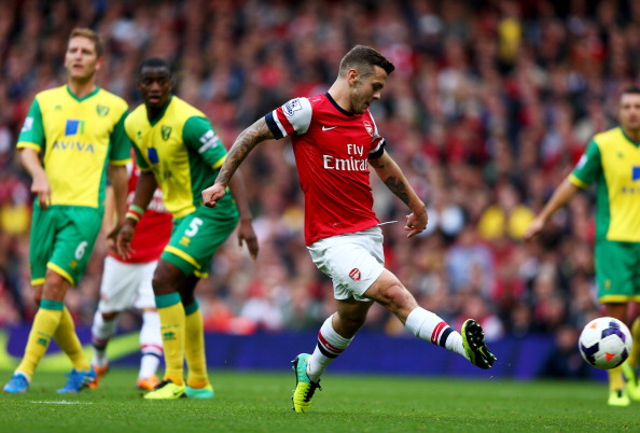 The goals that have grabbed the headlines over the past 17 years.

This article cover the Top Ten Arsenal goals of the Arsene Wenger era first appeared on the always excellent Fanatix.

Jack Wilshere’s goal against Norwich City on Saturday was heralded as one of the best goals perhaps ever seen from an Arsenal player.

The link-up play between Santi Cazorla, Olivier Giroud and Wilshere was undeniably superb and there are valid arguments that it is one of the finest strikes since Arsene Wenger took charge in 1996.

So fanatix looks at the 10 best goals since the Frenchman became manager.

After fizzling out over the past few seasons it’s easy to forget how good Arshavin really was and this was the Russian’s first goal for the Gunners.

Another who never quite achieved the success expected in north London was Eduardo – admittedly largely due to a terrible injury – but this volley upon return from that leg break was brilliant.