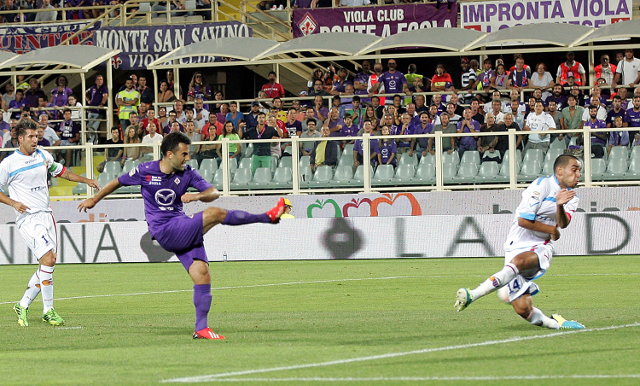 Tottenham are readying a move to strengthen their stuttering attack with Andre Villas-Boas set to make a £30m bid for Fiorentina forward Giuseppe Rossi according to the Sunday People.

The North London club forked out over £50m to bring in Erik Lamela and Roberto Soldado from AS Roma and Valencia respectively, but neither have made much of an impact at White Hart Lane, hence the apparent need to bring in another striker in January.

Tottenham have scored just nine goals in their dozen Premier League fixtures thus far and could feel that former Man United man Rossi could be the player to help re-ignite their push for a top four finish.

Rossi moved to Fiorentina in January but made just one appearance for the Serie A side last term due to a long term injury. However this season the Italian international has been in phenomenal form, scoring 11 goals in 13 domestic starts to make him the top scorer in the Italian top tier.

Though the lethal finisher is tied down to a long term contract with Fiorentina he is said to have a £30m release clause that Tottenham are keen to trigger.