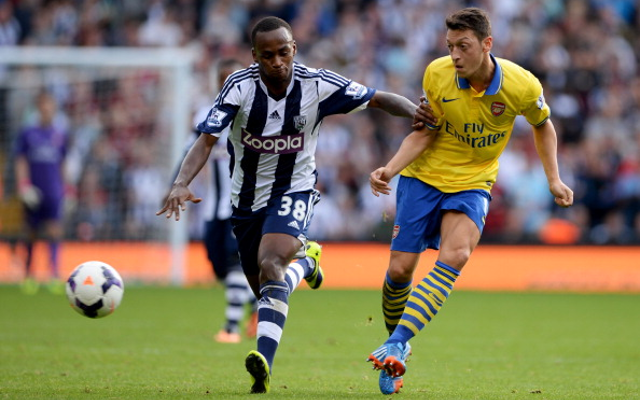 West Bromwich Albion striker Saido Berahino has signed a new deal with the club that will keep him at The Hawthornes until 2017, Sky Sports reports.

The young forward has impressed this season by bagging six goals in 10 appearances already and has now put pen-to-paper on a new three year deal to put an end to the speculation linking him with a move elsewhere.

The England Under-21 international had been mooted for a move to either Arsenal or Manchester City, who were both hoping to be able to take advantage of his contract situation in the Midlands and bring him on board.

However, they Premier League big hitters have now missed their chance and the club have expressed their delight at being able to get the whole affair off their mind.

“To be able to reward one of our proteges, who has worked his way up through the ranks from the age of 11, is a great moment for the club,” said West Brom’s sporting and technical director Richard Garlick.

“It’s a fantastic story for us and especially for our hard-working Academy staff, who have played a fundamental role in his development over the years.

“Producing one or two players who can supplement the first team is something we want to achieve every year.

“We hope this is the start of that process as we feel we have a number of other young, exciting players coming through.

“Saido’s progress should be an inspiration to all of the players within our Academy.

“It’s difficult for any 20-year-old to get into a Premier League side and there are going to be times when Saido’s maybe not playing as much as he would like to.

“He’s not the finished article and he has to remain patient, as we do with him.

“But he has done exceptionally well to get where he is and he now has to focus on what got him here – hard work and keeping his feet on the ground.”