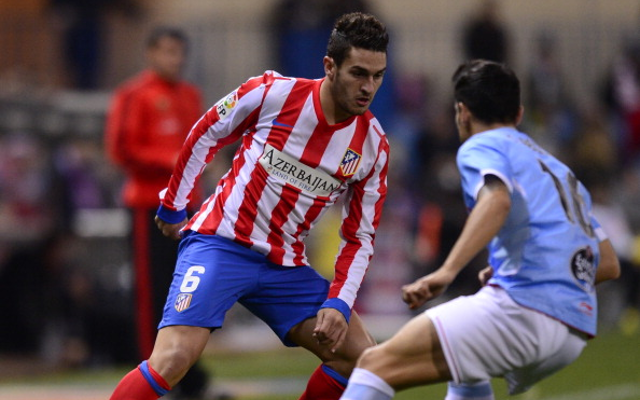 Old Trafford side close in on Atletico Madrid youngster.

Man United are set to close in on a deal to sign highly rated Atletico Madrid midfielder Koke according to the Daily Star.

The 21 year old will apparently be allowed to leave the Vicente Calderon as boss Diego Simeone is seemingly set to welcome in Chelsea’s Kevin de Bruyne to act as his replacement.

The Spanish international playmaker is having an excellent season and was pivotal during the recent successes achieved by Atletico, including the winning of both the Europa League and Copa del Rey in recent seasons.

This term Atletico Madrid have continued their rise to prominence and sit level on points with Barcelona in La Liga with Koke being a key part of that success with the locally born midfielder currently the joint leading assist maker in the Spanish top tier.

United manger David Moyes is keen to boost his side with the signing of a creative midfielder and is ready to trigger Koke’s £16m release clause.

Such a move could perhaps lead to speculation over the future of Shinji Kagawa at Old Trafford.