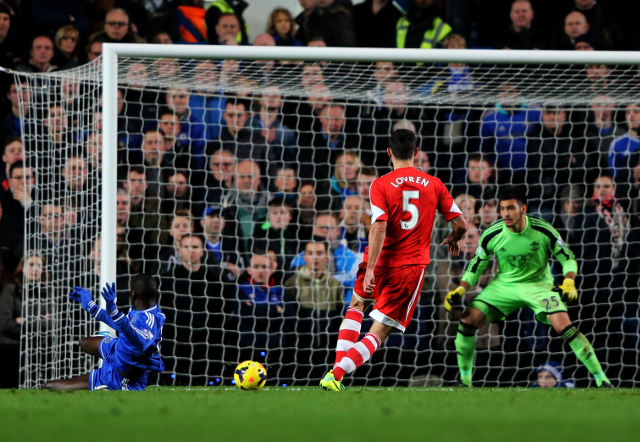 Check in to Crystal Palace vs West Ham United

West Ham are readying a January bid for Chelsea striker Demba Ba according to the Daily Mirror.

The Hammers are keen to re-sign the Senegal international with co-owner David Sullivan making a personal plea to the Chelsea man to return to Upton Park.

Sullivan spent an hour on the phone with Ba trying to lure the forward back to West Ham on summer transfer window deadline day and now that the 28 year old finds himself low down on Jose Mourinho’s striking pecking order perhaps there is a chance that a January move would work.

Demba Ba came off the bench to great effect against Southampton on Sunday, scoring his first Premier League goal of the season, but chances have been few and far between for the former Newcastle United man.

Fernando Torres, Samuel Eto’o and Andre Schurrle have all been selected ahead of Ba, who has made just two top tier starts this term.

West Ham scored three against Fulham on the weekend but have on the whole struggled for goals and could well do with strengthening their attack in January.