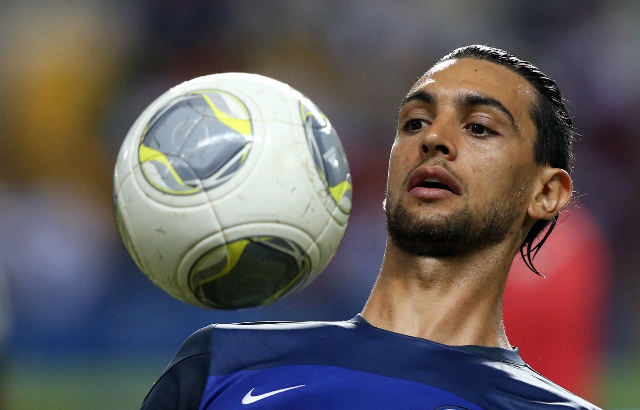 Brilliant forward was brought to France from Palermo for a whopping 40m euros two years ago.

Premier League duo Liverpool and Arsenal have suffered a huge setback in their efforts to sign in-demand Paris Saint-Germain playmaker Javier Pastore when the winter transfer window opens again for business in the new year after the player confirmed that he would be staying at the Parc des Princes after all, according to reports in the Daily Express.

Both the Premier League leaders and the Merseysice giants were heavily linked with Pastore over the weekend, with the forward having only been used as a bit-part player in the French capital by new PSG head coach Laurent Blanc so far in this campaign.

In fact in total, Pastore has featured in ten matches in all competitions for the Ligue 1 champions, eight of which have come in the league, although the vast majority of those did come via the substitutes’ bench with Blanc instead preferring to utilise the likes of club captain Zlatan Ibrahimovic, Argentinian Ezequiel Lavezzi and recent new big-money signing Edinson Cavani up front.

As a result, rumours have been circulating of late linking the highly rated Argentina international with a switch to either the Emirates or Anfield come the turn of the year, although now the 24-year-old has claimed that he has no intention whatsoever of quitting PSG in January.

“All these rumours are false and have nothing to do with the reality of the situation,” Pastore told French radio station RMC.

“As I already said, I was the first to choose this club and I will be the last one to leave it.

“I will fight to do well in the PSG. I know there are many players in my role, but I fight for a place without losing my head.”