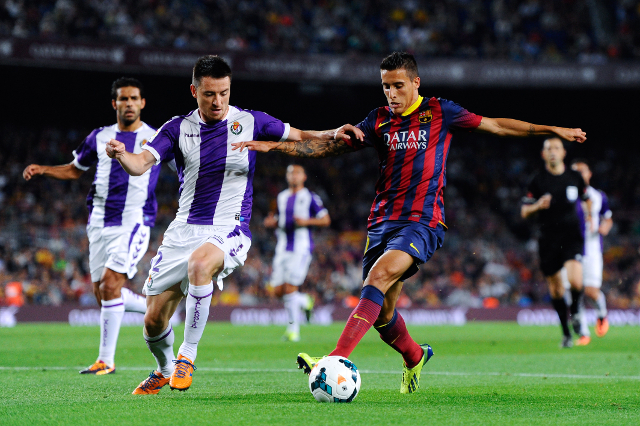 Liverpool have been given encouragement in their ongoing pursuit of Barcelona youngster Cristian Tello with the Nou Camp attacker admitting he is after a move away from the Catalan giants according to theDaily Star.

The 22 year old has struggled to make an impact under new Barcelona boss Gerardo Martino and Tello is now ready to push for an exit if the situation doesn’t improve.

Anfield boss Brendan Rodgers has been linked with interest in Tello in recent months and is keen to strengthen his attack in the summer, which is perhaps unsurprising given the recent long term injury suffered by Daniel Sturridge and the average form shown by the likes of Victor Moses and Raheem Sterling.

Tello has started just two La Liga fixtures this season, the last of which came back in October, and a loan move may be one that both sides would benefit from.

Liverpool are pursuing a much coveted top four finish and Rodgers knows that the extra strength in depth up front could well be key to the Merseyside club’s push for a Champions League berth.

Tello has made a total of 66 appearances for Barcelona, of which 44 came from the bench, scoring 15 goals in the process.