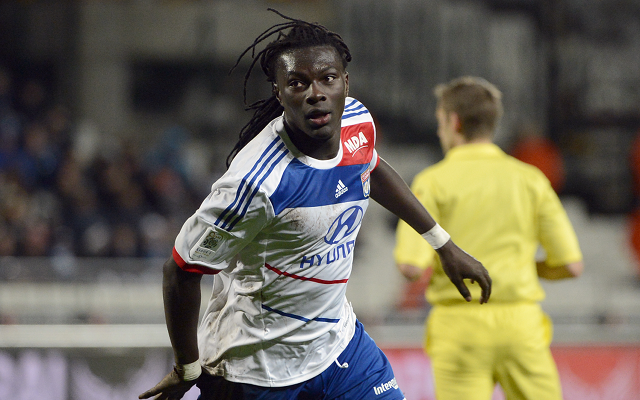 Check in to Crystal Palace vs West Ham United

French giants Lyon have suggested that they have received an offer for star striker Befetimbi Gomis, according to reports in the Metro.

The Hammers have endured a poor strike rate this season as a number of injury and fitness problems to the likes of Andy Carroll and Carlton Cole and manager Sam Allardyce is eager for the January transfer market to roll around so he can add to his meagre strike options.

Newcastle, Stoke and Italian giants Fiorentina and Roma are also said to be keeping an eye on the 28-year-old, who has already hit the net five times this season.

However, the France international was left out of Sunday’s squad that suffered a 4-0 defeat at the hands of Paris Saint Germain amid speculation that the club had received a bid for his services.

Asked whether one of those was from West Ham, Aulas replied: “An offer from West Ham for Gomis? It’s not impossible as we’ve received several offers for Bafe recently.”

Gomis came close to joining Newcastle over the summer only for him to back out at the last minute.

Meanwhile, the Hammers £19m forward Andy Carroll was due to step up his comeback from a heel injury by returning to training on Tuesday.