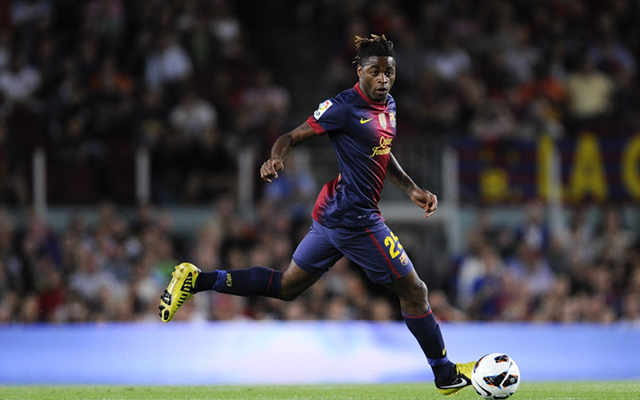 Moyes has company in midfielder interest.

Serie A giants Napoli are set to go up against Premier League champions Manchester United in the race for Barcelona midfielder Alex Song when the January transfer window opens for Business, according to reports from Inside Futbol.

Rafa Benitez has been a long time admirer of the former Arsenal man and would be more than willing to give him the opportunity to test himself in Italy by making an approach for his services. The Cameroonian international has recently sparked red alert all across Europe after claiming that he could finally be ready to move on from the Catalan side in order to find more regular first team football.

Manchester United boss David Moyes is also a well known fan of the 26-year-olds and was keeping an eye on developments in Barcelona with the view of making a bid of his own when the transfer window re-opens in just under a month.

However, it is believed that Song, who has featured just seven times for the Spanish club this season favours a move to Italy more than anywhere else, meaning that Moyes’ plans could already be null and void.