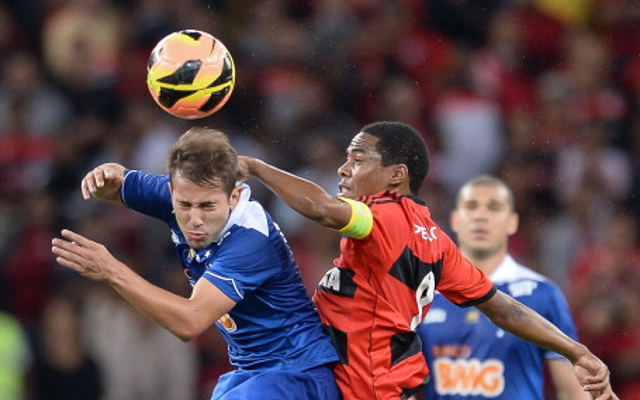 Brazilian is said to be the brightest prospect in his homeland right now.

Merseyside giants Liverpool are set to go head to head with arch-rivals Manchester United in the race to sign highly rated young Cruzeiro star Everton Ribeiro when the winter transfer window opens again for business in the new year, according to reports in the Daily Mail.

The former Selecao Under-20 international is considered by most experts and judges alike to the be the most impressive performer currently still plying his trade in Brazil.

In fact, Ribeiro was even voted Brazilian Player of the Year last Friday after the 25-year-old’s eye-catching displays for his club helped Cruzeiro win this season’s Serie A title with one game still to be played.

And now as a result it is expected that the attacking midfield player will seek to seal a big-money transfer to Europe at the turn of the year, with Premier League champions United having already been keeping close tabs on the player for some time now.

However, it is understood that the Reds have also now sent scouts out to South America to watch Ribeiro in action first hand as Liverpool head coach Brendan Rodgers looks to strengthen his first-team squad in January as the Merseysiders look to secure a top-four finish in the Premier League come the end of this campaign, and with it a lucrative place in next season’s Uefa Champions League.