With the winter transfer window now less than a month away from opening again, we take a look at ten possible new recruits that the Reds are eyeing up in January. 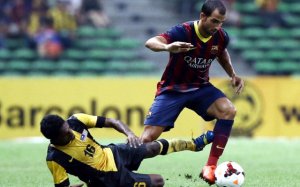 It is an open secret on Merseyside that the Reds are currently on the look-out for a new full back after the recent long-term knee injury suffered by Spanish left-back Jose Enrique, and the player that head coach Brendan Rodgers is said to be targeting, according to the Daily Mail, is the Barcelona right back.

The 22-year-old only has a contract with the La Liga giants that runs until June 30 2014 and so his club would rather offload him in a cut-price deal when the transfer window opens again in January than lose him on a free next summer, with the Merseysiders poised ready to pounce for the versatile former Spain Under-23 international. 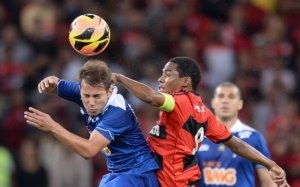 The Reds are set to go head to head with arch-rivals Manchester United in the race to land the recently crowned Brazilian Player of the Season when the window swings open for action in January in what would represent a major coup for Liverpool boss Brendan Rodgers, especially given the brilliant form that the 24-year-old attacking midfield player has been displaying for his club side so far in this campaign.