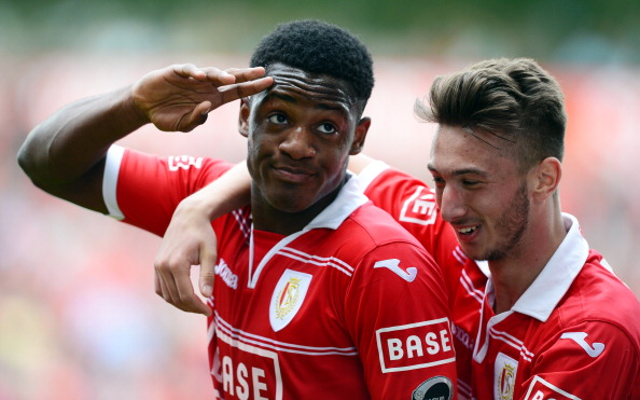 North Londoners are keen to bring the forward to the Emirates in 2014.

Premier League leaders Arsenal have now become the latest in a long line of big-name clubs from across the Continent to have expressed an interest in young Standard Liege front man Michy Batshuayi, according to reports in the Daily Mirror.

The in-form Belgium Under-21 international has been in brilliant form in front of goal so far in this campaign, so much so that Batshuayi has been attracting the attentions of a whole host of clubs throughout Europe.

In fact in total so far this season, the 20-year-old has managed to hit the back of the net on an impressive 16 occasions in all competitions for both his club and his country, while also contributing a further five assists along the way as well in his 33 matches.

And it is those kind of attacking numbers that have now brought the Belgium wonderkid to the attentions of  Gunners head coach Arsene Wenger, with the Frenchman having sent scouts out to Liege recently in order to watch the striker in action first hand ahead of a possible move to the Emirates at some point next year.

However, the north London club may have to splash the cash though if they are serious about signing Batshuayi, who has a contract with Liege that runs until June 2018, especially after comments from the Standard president.

“What is new is the interest of Arsenal in Michy, they’re one of the many clubs who follow our striker,” he told Het Laatste Nieuws.

“We’re not willing to let Michy go this season.”