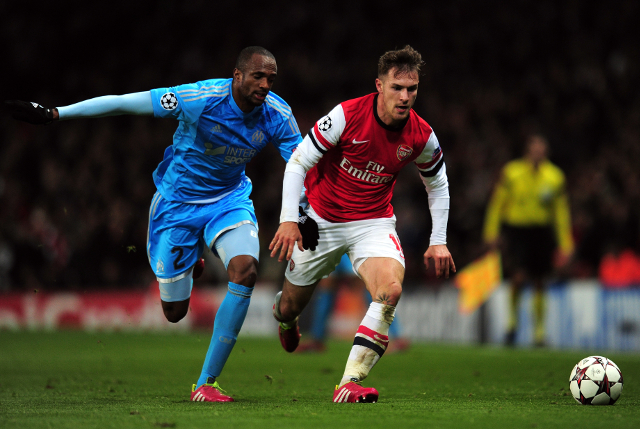 The young Welshman has been in inspired form this term and Gerard Martino has instructed his Nou Camp side to track the 22 year old in recent fixtures which in turn has led to Arsene Wenger insisting he wouldn’t sell the former Cardiff City man for £50m.

This statement may just lead the Catalan side to believe that the player is therefore available, albeit at a hefty fee.

Ramsey has netted 13 goals in 22 appearances in all competitions this term and has been virtually unstoppable, forming an excellent understanding with new signing Mesut Ozil and helping the Gunners to mount a genuine Premier League title challenge.

Barcelona have scouted Ramsey in recent fixtures for both club and country as Martino look to freshen up his squad with an eye to spending big next summer.

The likes of Chelsea’s David Luiz and Liverpool defender Daniel Agger as seen as possible targets to boost the club’s back-line whilst Man City ace Sergio Aguero is also on the Barcelona radar.

Ramsey has made a total of 172 appearances for Arsenal and is unlikely to be looking to leave the North London club anytime soon.