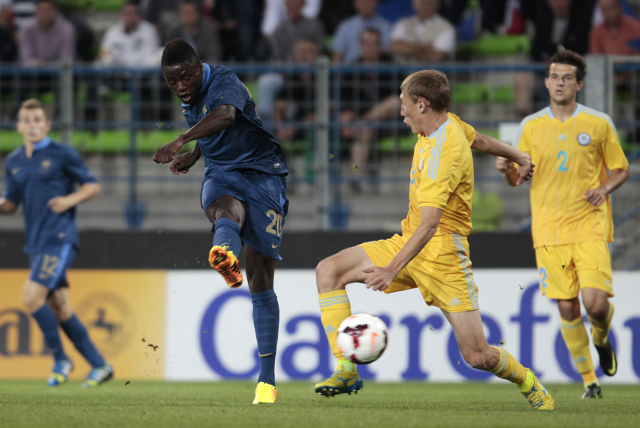 Left-sided forward hopes to join the Gunners next year.

Premier League leaders Arsenal have been handed a massive boost after Auxerre front man Paul-Georges Ntep revealed that he would rather join the north London club than either rivals Tottenham Hotspur or Chelsea when the winter transfer window opens again for business in the new year, according to reports in the Daily Express.

The in-form France Under-21 international is currently enjoying an eye-catching campaign in front of goal this season for both his club and country.

In fact so far Ntep has managed to record an impressive 11 goals and two assists in total in just his 19 matches, including three strike in his ten Ligue 2 outings for Auxerre, while for the French U21s the striker has registered five strikes and two assists in just five internationals.

As a result of his excellent goalscoring form, the likes of the Gunners, as well as the west Londoners and Spurs, have all been keeping close tabs on the 21-year-old of late with a view to possibly luring the forward to the Premier League at the turn of the year.

However, it now seems as though the Frenchman has made made up his mind as to just where he wants to move to next, and that is the Emirates.

“Arsenal is a club that appeals to any player,” Ntep told L’Equipe.

“This is a club that relies on young people. After that, it’s always the same question – it depends on the project. Arsenal, yes, but to do what?

“If this is a club where I am going to sit on the bench, then where is the progression?

“I’m not saying I want to go to a big club to start immediately but at least that can happen in the medium term.”