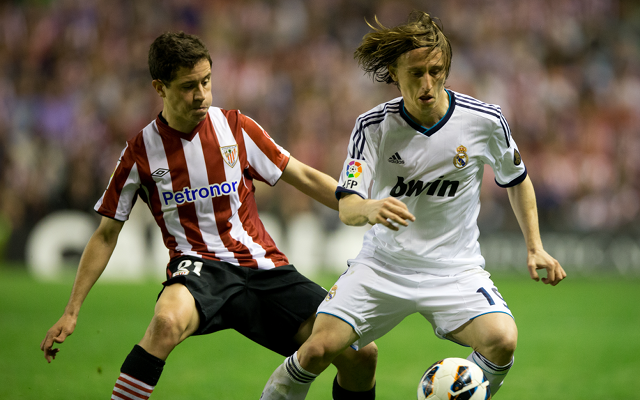 Basque star wants to remain put at the San Mames instead.

Long-running Manchester United midfield target Ander Herrera has revealed that he will not be leaving the La Liga outfit to join the Premier League champions when the winter transfer window opens again for business in the new year, according to reports in the Daily Mirror.

The top-flight giants made a much-publicised move for the young Basque in the final hours on transfer deadline day, only for the deal to fall through at the very last minute amid confusing circumstances.

However, it was expected that new Red Devils head coach David Moyes would still return to the Basque country at the turn of the year with an improved offer for Herrera in order to persuade Athletic to part company with their star man, who has a contract at the San Mames that currently runs until June 30 2016.

Moyes is currently suffering from something of an injury crisis in the centre of the park at Old Trafford following a recent achilles’ tendon problem picked up by England international Michael Carrick, with the holding midfield player not expected to be back in action this year.

But any hopes that the Scot may have harboured about luring the 24-year-old to the Theatre of Dreams in January now appear to be over after the player himself confirmed: “I appreciate both Manchester United’s interest in me and the fact that I am considered so important to Athletic that they did not accept any bid for me.

“That means that Athletic values me above money and trust in me more than money for our current project. I’m right where I want to be. I’m not a player who wants to change teams, I’ve taken root at Athletic and it is the perfect place for me to be.”