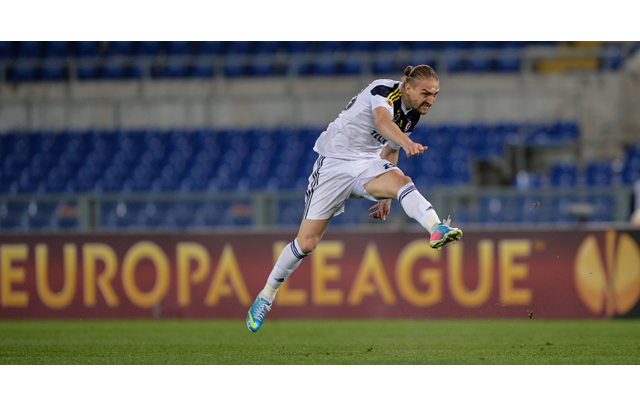 Turkish international on the radar of Brendan Rodgers.

Liverpool boss Brendan Rodgers is said to be eyeing a move for Fenerbahce’s Turkish international full-back Caner Erkin as he looks to bolster the club’s defensive options, the Daily Star reports.

The 25-year-old has been in roaring form already this season, clocking up nine assists from the back and has caught the attention of the Anfield outfit with his displays.

With current first choice left back Jose Enrique expected to be sidelined until next year with an ongoing knee injury, which has required surgery, Rodgers is fully expected to bring a fresh face in during the transfer window.

Erkin’s contract with the Istanbul-based giants is set to expire next summer and reports in Turkey have suggested that the Reds are looking to make a cut price move for him.

With on-loan Valencia player Aly Cissokho failing to impress and youngster Jon Flanagan filling in at left back the need for further strengthening in that position is paramount to Rodgers.

Erkin’s agent Batur Alt?parmak recently claimed that his client would be holding fresh negotiations with Fenerbahce over a new deal, but warned that there are also a number of top sides from across Europe keeping an eye on his situation.