Bale, Ozil and Ribery all feature in Spanish paper’s poll.Readers of Spanish newspaper Marca have taken to the polls again, this time to vote for their UEFA Team of the Year.

Only one Spaniard has made it into the side, placing Sergio Ramos at the heart of the team’s defence, whilst Barcelona pair Xavi and Andres Iniesta miss out.

There has been, though, no short term style voting, with all players being consistently good over the past two seasons and beyond. 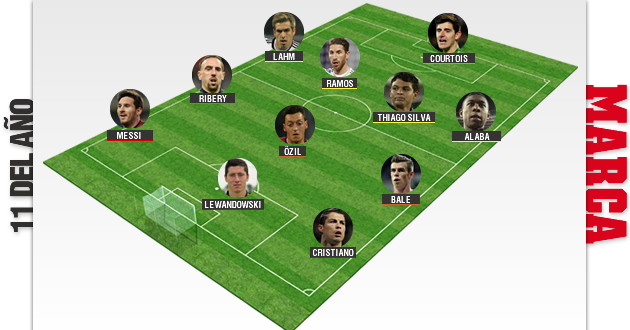