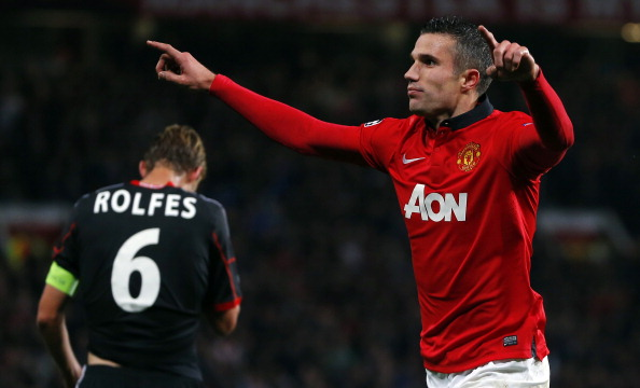 Check in to Manchester United vs Newcastle United

Man United striker Robin Van Persie has reportedly handed in a transfer request according to the Irish Mirror.

The claim was made by pundit Mark Lawrenson whilst talking to the newspaper and it’s a claim that is sure to attract a great deal of attention.

“There’s all sorts of rumours coming out of the training ground at the moment.

“One or two of the press boys that I know that cover Manchester United, they’re even saying that the big whisper is Van Persie might have asked for a transfer on Tuesday.

“So if that happens, what a mess that’s going to be for David Moyes.”

Indeed if this news is accurate then it’s another headache for the Scottish boss to negotiate after a very poor start to his reign as Man United boss.

The former Everton manager has seen his Old Trafford side struggle this term, particularly in Premier League action, and the midweek defeat at the hands of the Toffees left Man United in ninth spot.

Robin Van Persie moved to Man United in a contentious transfer from Arsenal and the Dutch international enjoyed a hugely successful first campaign at the club during which he netted 30 goals in all competitions and collected a Premier League winners medal.

Moyes would be loathed to lose Van Persie though one imagines that a continued struggle to mount a genuine title challenge could result in a number of the club’s big names considering their respective Old Trafford futures.