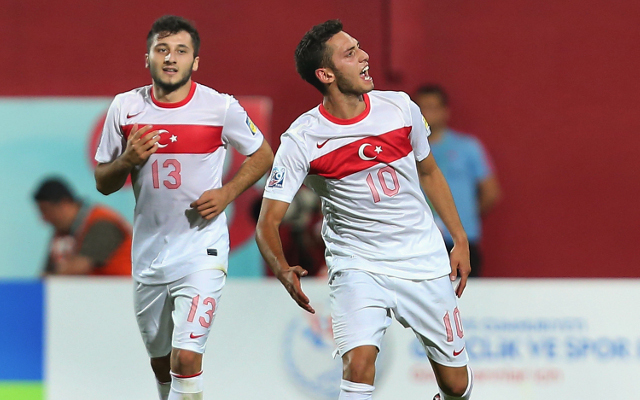 Young Turk has only just made his first-team debut for Hamburg.

Premier League giants Arsenal and Liverpool are set to go head to head to sign Hamburg wonderkid Hakan Calhanoglu as soon as the winter transfer window reopens again for business in the new year, according to reports in the Sunday Mirror.

The young Turkey international has really caught the eye with some of his displays in the Bundesliga of late, both for his club Hamburg as well as when out on loan with Karlsruher SC in the previous campaign too, when the attacking midfield player found the back of the net on 14 occasions in his 31 league outings.

Meanwhile so far this season, the 19-year-old has managed to register five goals and five assists in his 22 matches for both club and country, including four strikes and two assists in his 14 Bundesliga outings to date in what is Calhanoglu’s debut campaign for Hamburg.

And it is those kind of attacking numbers that have seemingly alerted the attentions of both the Premier League leaders and their rivals from Anfield as well, as both top-flight outfits ponder making a move for the coveted Turk, who has a contract with Hamburg that runs until June 2016, at the turn of the year.