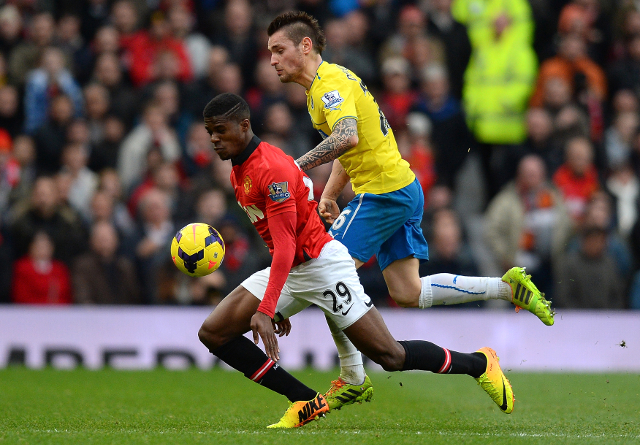 Baggies close in on deal to sign Old Trafford youngster.

Having secured his first taste of Premier League action this weekend Man United winger Wilfried Zaha is now the subject of interest from West Brom according to the Daily Mirror.

The Baggies have reportedly already begun talks to bring in the 21 year old England man early on in next month’s transfer window.

David Moyes is apparently happy to loan out the former Crystal Palace man, this despite the average form displayed by the likes of Ashley Young, Nani, Luis Antonio Valencia and Danny Welbeck.

Cardiff City and Stoke City are also keen on bringing in the attacker on a short term basis as are Zaha’s former club Crystal Palace.

Prior to his £15m move to Man United Zaha racked up 143 appearances for the Eagles, scoring 18 goals and in the process helping the South London side to secure promotion back to the Premier League.

Zaha has two England caps to his name and may harbour an outside hope of being included in Roy Hodgson’s 2014 World Cup finals squad, though the wide-man would require regular first team football between now and next summer in order to have any chance of being selected for the national team.