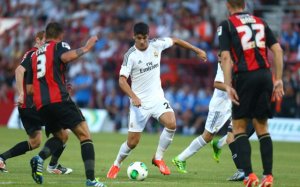 The highly rated young Spain Under-21 international has once again found himself twiddling his thumbs at the Santiago Bernabeu in this campaign, with the 21-year-old having spent more time warming the substitutes’ bench of late than actually getting on the field of play.

And according to the Daily Express, Premier League leaders Arsenal now want to take advantage of the Spaniard’s unhappiness with los Blancos by persuading the forward to spend the second half of this campaign on loan in north London, ahead of a possible permanent move to the Emirates next season.