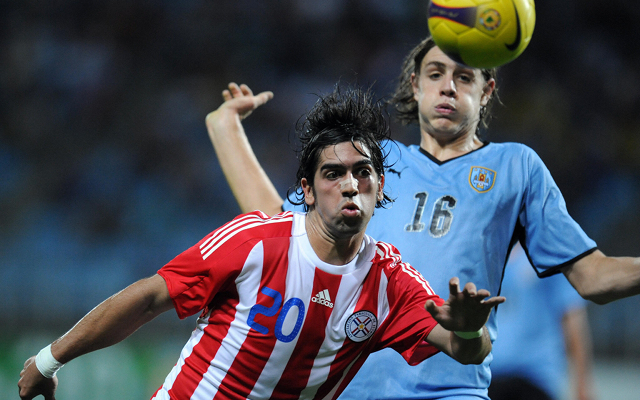 South American has a contract with Barca until June 2015.

Young FC Barcelona attacking starlet Antonio Sanabria has verbally agreed to join a foreign-based club, believed to be Premier League leaders Arsenal, according to reports in the Daily Mirror.

The highly rated Paraguay international has already been with the La Liga champions for the past four years, with Sanabria moving to Camp Nou at the age of just 13.

However, despite the player making his debut for the Catalans’ ‘B’ side at the start of this campaign, with Sanabria having since gone on to find the back of the net on two occasions in total in just his eight appearances in the Segunda Division, the forward is understood to be keen to quit the club in search of more regular first-team opportunities going forward.

And if reports in Spain are to be believed, then it is understood that Sanabria, 17, has already agreed personal terms with a rival team, with the Gunners having been heavily linked with the Paraguayan of late.

The Gunners, of course, have a past history when it comes to luring youngsters away from Catalunya, with the likes of Jon Toral, Hector Bellerin, Cesc Fabregas and Fran Merida, Julio Pleguezuelo Selva all having swapped Barca for the Emirates.