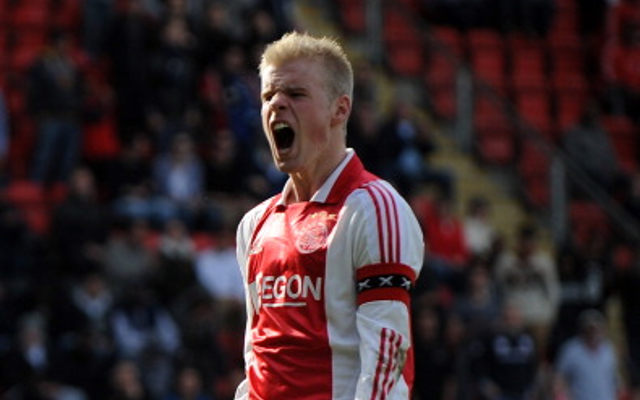 Dutchman is the latest in a long line of brilliant youngsters to have emerged from the Dutch capital.

Premier League leaders Arsenal are keeping close tabs on young Ajax midfield player Davy Klaassen with a view to making a possible move for the Dutch sensation at some point in the future, according to reports in the Daily Mail.

The hugely promising Netherlands Under-21 international is currently enjoying a brilliant campaign with the Eredivisie champions, so much so that a number of big-name clubs from across the Continent are understood to have been closely monitoring Klaassen of late.

In fact, the north Londoners even sent scouts over to the Amsterdam ArenA on Saturday to watch the 20-year-old in action first hand in a league encounter against NAC Breda, and the representatives from the Gunners cannot failed to have been impressed with what they saw in the Dutch capital after Klaassen netted a hat-trick.

And that treble on the weekend means that Klaassen has now managed to find the back of the net on an impressive six occasions already in just eight Eredivisie outings for the Dutch giants.

However, it is also understood that the player can operate up front as well, with many at Ajax now likening Klaassen to a younger version of former Arsenal and Netherlands legend Dennis Bergkamp.