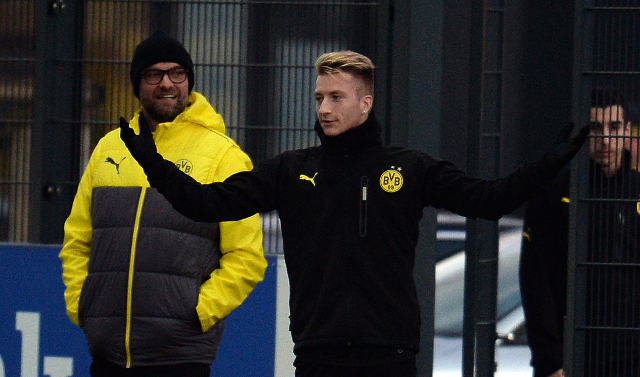 Check in to Marseille vs Borussia Dortmund

Barcelona are reportedly taking a keen interest in Borussia Dortmund pair Ilkay Gundogan and Marco Reus according to TuttoMercato.

The Nou Camp side may feel the need to freshen up their squad after recently suffering their first La Liga defeat of the season and seeing Atletico Madrid draw level on points with them with Real Madrid just over their shoulders.

German international Gundogan is an excellent box to box performer and may well be seen by Barcelona as a potential long term replacement for Xavi.

The 23 year old played a key role in helping his side in their run to the Champions League final last term and would potentially jump at the chance of a move to the Catalan giants.

Marco Reus may be seen as a more viable attacking option than the likes of Pedro, Cristian Tello or even in-form Chilean Alexis Sanchez.

The former Borussia Monchengladbach man has been in excellent form since moving to the Westfalenstadion 18 months ago, scoring 30 goals in 69 appearances and providing a host of assists.

Boss Jurgen Klopp may struggle to keep hold of his stars given that Bayern Munich have shown real superiority over their domestic rivals and now Bayer Leverkusen have also overtaken Dortmund whilst progress to the Champions League knockout stages has also proved tricky.