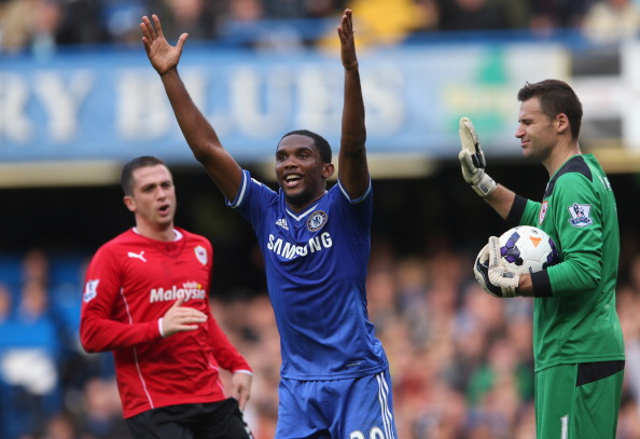 Stamford Bridge striker on his way for early exit?

Check in to Chelsea vs FC Steaua Bucuresti

Chelsea forward Samuel Eto’o reportedly looks set to secure a move to the MLS next month according to TuttoMercato.

The experienced Cameroon international only moved to Stamford Bridge in the summer but has proven something of a flop thus far and is being lined up for a possible move to the MLS with the likes of Toronto FC, LA Galaxy, Chicago Fire, Seattle Sounders and DC United all interested in the 32 year old.

Jose Mourinho knows Eto’o well from his spell at Inter Milan and signed the lethal finisher to boost his Blues attack but the three time Champions League winner hasn’t settled in all that well at the West London club.

Eto’o has scored just two goals in nine Premier League fixtures and may well be ready to consider a fresh challenge, especially if he feels Mourinho has pushed him down the Chelsea pecking order.

Having succeeded in Spain and Italy Eto’o may feel that a move to the MLS could offer him a chance to re-ignite his career and may well also result in a longer term contract than his current Chelsea deal.