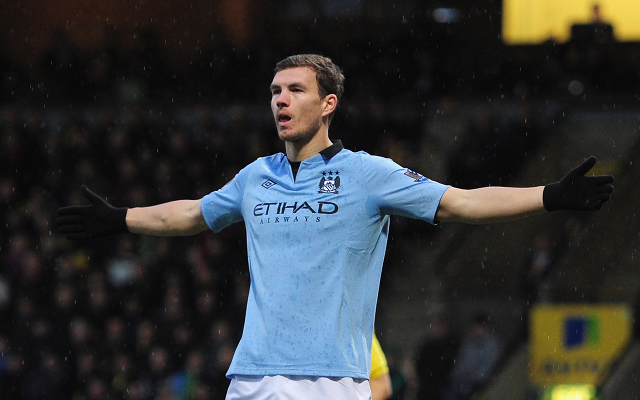 Manchester City striker Edin Dzeko is set to snub interest from the likes of Tottenham Hotspur and Inter Milan in the new year in order to see out the remainder of the campaign at the Etihad Stadium, InsideFutbol reports.

The former Wolfsburg man has struggled for game time this season despite the summer departure of Carlos Tevez and he has so far managed to start just five of his ten appearances in the Premier League.

And despite the fact that he wants more regular first team football, the situation has not been deemed serious enough for him to seek a move away during the winter window.

According to reports in Italy both Spurs and Inter are weighing up bids to land the 27-year-old, but the striker is apparently not keen on making either switch just yet.

Dzeko wants to stay put until next summer and then assess his options, a move which would also allow him the opportunity to force his way into the Manchester City starting eleven ahead of next summer’s World Cup.

He is currently under contract at the club until 2015, so City may look to cash in on him now before his value goes down even further.