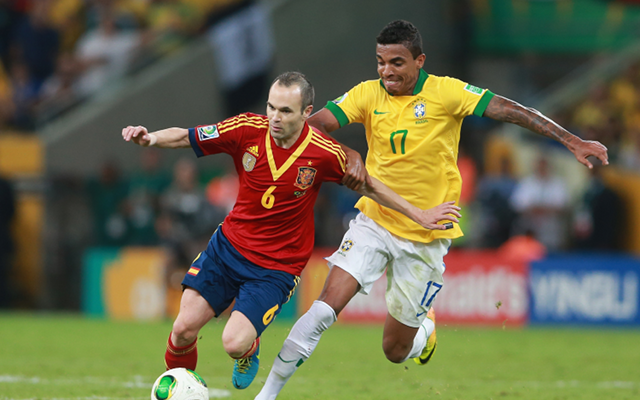 Tottenham Hotspur are hoping to steal in and secure a deal for Wolfsburg midfielder Luis Gustavo under the noses of arch-rivals Arsenal, who are also interested in the player, the Daily Star reports.

Reports in Portugal are claiming that the north London club want to being the Brazilian on board in order to help form a more solid core in the middle of the pitch, something that Andre Villas-Boas believes the club has been lacking so far this term.

Gustavo rejected the chance to join the Gunners over the summer as limited game time at Bayern Munich forced him to look for somewhere that would be able to have him in the starting XI more frequently.

In choosing Wolfsburg over Arsenal, the 26-year-old experienced a shaky start to the term but has since gone on to cement his place in the first team.

And now AVB is hoping that he will be able to convince him to make the switch to Spurs in order to enjoy maximum game time ahead of next summer’s World Cup in Brazil.

Arsenal are still believed to be monitoring his situation, and Wolfsburg sporting director Klaus Allofs has said that a sale could be quite possible.

“Even at VfL [Wolfsburg] nobody is unsellable.

“For me it is important that we show [players] that we are willing to negotiate if an offer is made that is reasonable in a sporting sense and also makes good business sense for VfL.”