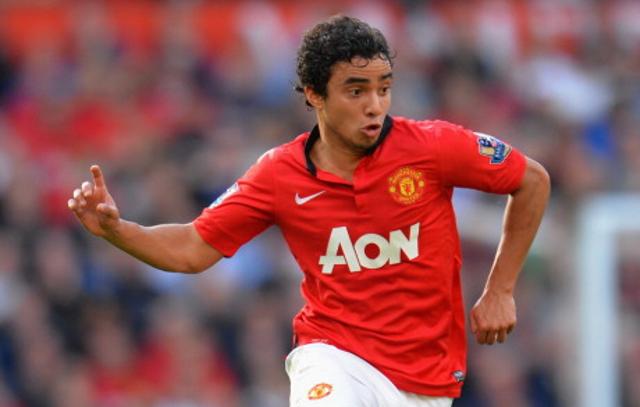 One team from England and two from Italy all want young Brazilian.

Arsenal, Napoli and Inter Milan are set to face each other in a Mexican stand off this January as all three are hoping to prize young Brazilian full-back Rafael away from Manchester United, the Daily Express reports.

Rafael has set the three clubs jostling for his signature after failing to hold down a regular first team place this season, with David Moyes often preferring to play natural centre-back Chris Smalling in his position instead.

And more to the point, United are believed to be considering a massive shake up of personnel in the new year with several names such as Ashley Young and Nani on the chopping block, and it is very possible that the Brazilian will be one of the ten names put up for sale.

However, despite his limited contribution in a United shirt this season, he is still a hit on the continent with both Napoli and Inter vying for his signature.

It is thought he would be a tempting target for both Italian outfits as he holds a Portuguese passport and would therefore not contravene non-EU player transfer restrictions.

Arsenal, however, are looking at him as a possible replacement for Bacary Sagna as talks over a new deal continue to his a stumbling block, but it remains to be seen whether they can tempt him to quit United for another English club.