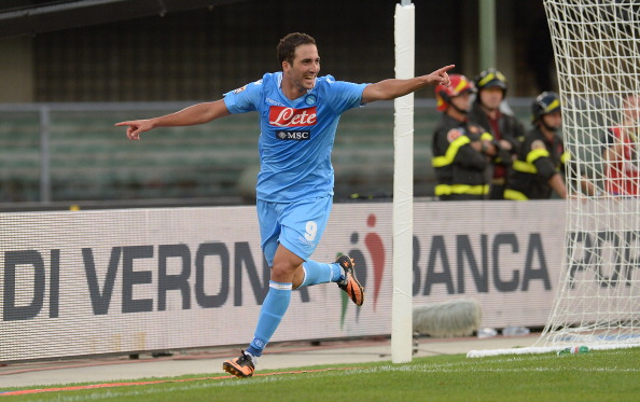 Argentine had been heavily linked with a switch to the Gunners.

Napoli front man Gonzalo Higuain has confirmed that Premier League leaders Arsenal never made any contact with him last summer about moving to the Emirates ahead of the two teams’ vital meeting in the Uefa Champions League on Wednesday night, according to exclusive reports in The Times.

Watch the top 10 best Arsenal goals of all time

However, for large parts of the early summer it had been widely assumed that Higuain would be signing for the north London club instead after the striker had been heavily linked with the Gunners.

And yet now, ahead of the two clubs’ potentially decisive group-stage clash in Europe’s premier club competition at the San Paolo on Wednesday evening, Higuain has revealed that in actual fact, contrary to speculation over the summer, Arsenal boss Arsene Wenger never made any contact with his representatives over a possible move to the Emirates.

Higuain has since gone on to enjoy an excellent start to his career in Naples, with the 26-year-old having registered an eye-catching 10 goals and six assists in total in just 18 matches in all competitions for his new employers.